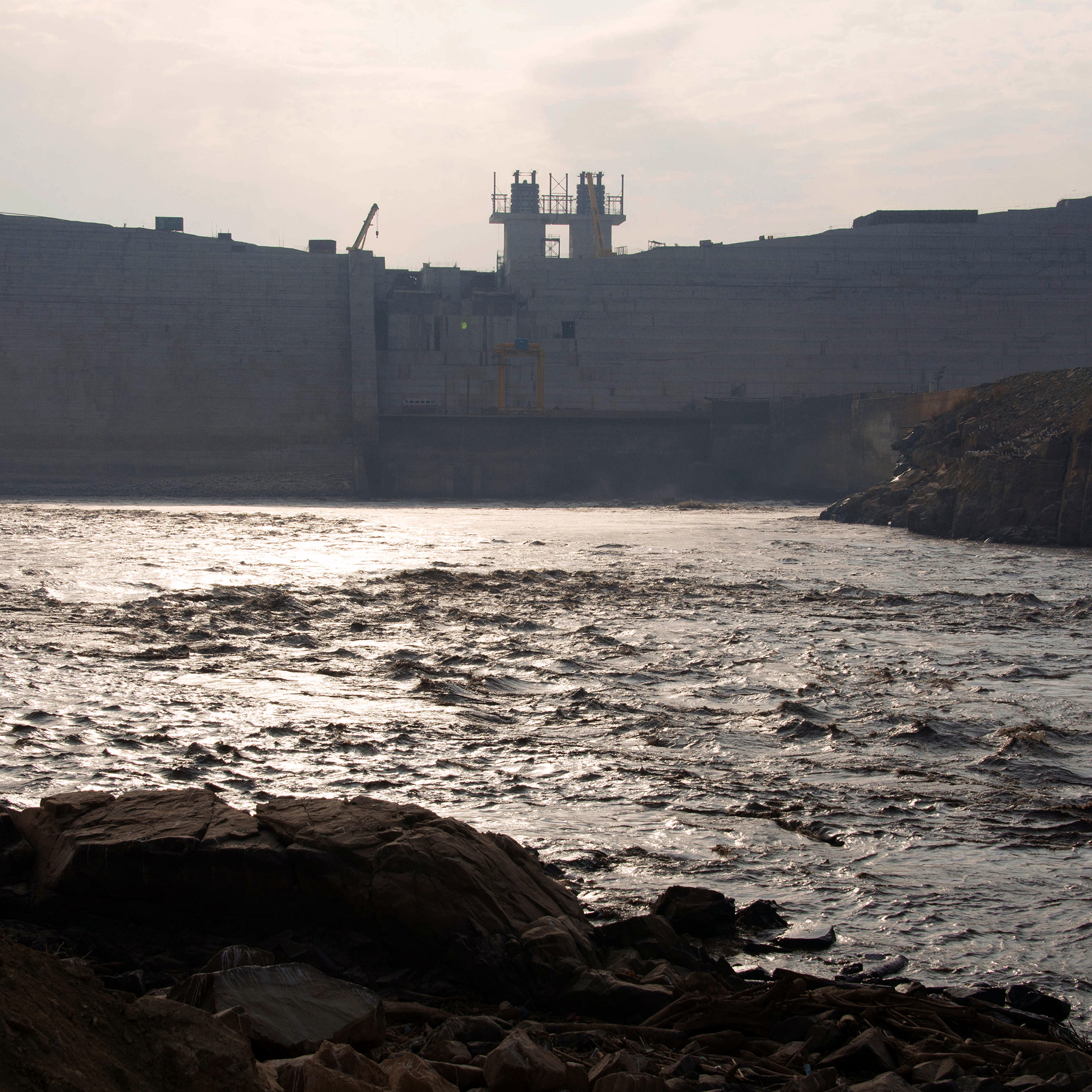 The world’s longest river, a lifeline for hundreds of millions of people, is also fast becoming a fault line.

Ethiopia’s ambitious $4.2 billion hydroelectric dam project on the Nile River’s main tributary is raising tensions with Egypt over how to share the essential resource, and exposing the rivalry between Cairo and an ascendant Addis Ababa for regional power.

The main point of contention is Ethiopia’s plan to fill the Grand Ethiopian Renaissance Dam’s 74-billion-cubic-meter reservoir within three years of the dam’s planned completion in 2019—a pace that downstream Egypt argues will leave water levels in its floodplain dangerously low.

On Dec. 20, four men and two women met at the Reichstag in Berlin, the building where Germany’s parliament meets, for exploratory talks on the forming of a new government. It could have been a pleasant meeting. Martin Schulz, the head of the center-left Social Democratic Party (SPD), was celebrating his birthday — he turned 62 that day. Chancellor Angela Merkel, meanwhile, was looking forward to setting off on her annual vacation in Engadin, Switzerland, just two days later. The pre-Christmas quiet had already settled in over the capital city’s government quarter.

Still, it had been almost three months since the general election on Sept. 24, and after the first attempt to form a government failed in November, it was up to Merkel’s Christian Democrats (CDU), their Bavarian sister party the Christian Social Union (CSU) and the SPD to try to agree on whether they should form another coalition together. German voters in September had made it clear that they had grown tired of the “grand coalition,” but — as German President Frank-Walter Steinmeier had continually reminded party leaders — the country needed a government. (Read more)

French President Emmanuel Macron has suggested the UK could get a special trade deal with the EU after Brexit.

But he warned that Britain would not have full access to the single market without accepting its rules.

Speaking to Andrew Marr, he warned – as Brussels has already done – that the UK could not “cherry-pick” the elements it liked.

A deal might fall somewhere between the single market and a trade agreement, he said.

Mr Macron’s comments came during his first visit to the UK since becoming French president, where he held talks with Prime Minister Theresa May. (Read more)

Zuma’s Commission on State Capture: Progress or Politics as Usual?

On January 9, President Jacob Zuma announced the appointment of a long awaited judicial commission of inquiry into allegations of state capture. The phrase, plucked from a 2000 World Bank paper and popularized by a 2016 report by South Africa’s then Public Protector Thuli Madonsela, describes a widespread system of political corruption where the powerful Gupta family influences state decision-making through its close ties with President Zuma and his affiliates.

“It is of such serious public concern that any further delay will make the public doubt government’s determination to dismantle all forms of corruption‚ and entrench the public perception that the state has been captured by private interests for nefarious and self-enrichment purposes,” said President Zuma of the allegations in a public statement. (Read more)

U.S. President Donald Trump’s reported comments maligning the people of African nations were a foreseeable outburst from a man addicted to the cable news culture that consistently portrays the continent in a negative light. They were also, ironically, an indictment of his own leadership style.

What the president doesn’t grasp is that if some African nations have been reduced to “shithole countries,” it’s precisely because they’ve been run by leaders like Trump. Indeed, underdevelopment in sub-Saharan Africa — and the institutional disorders that propel migrants toward countries like the United States — can be traced directly to leaders who behave as he does. (Read more)