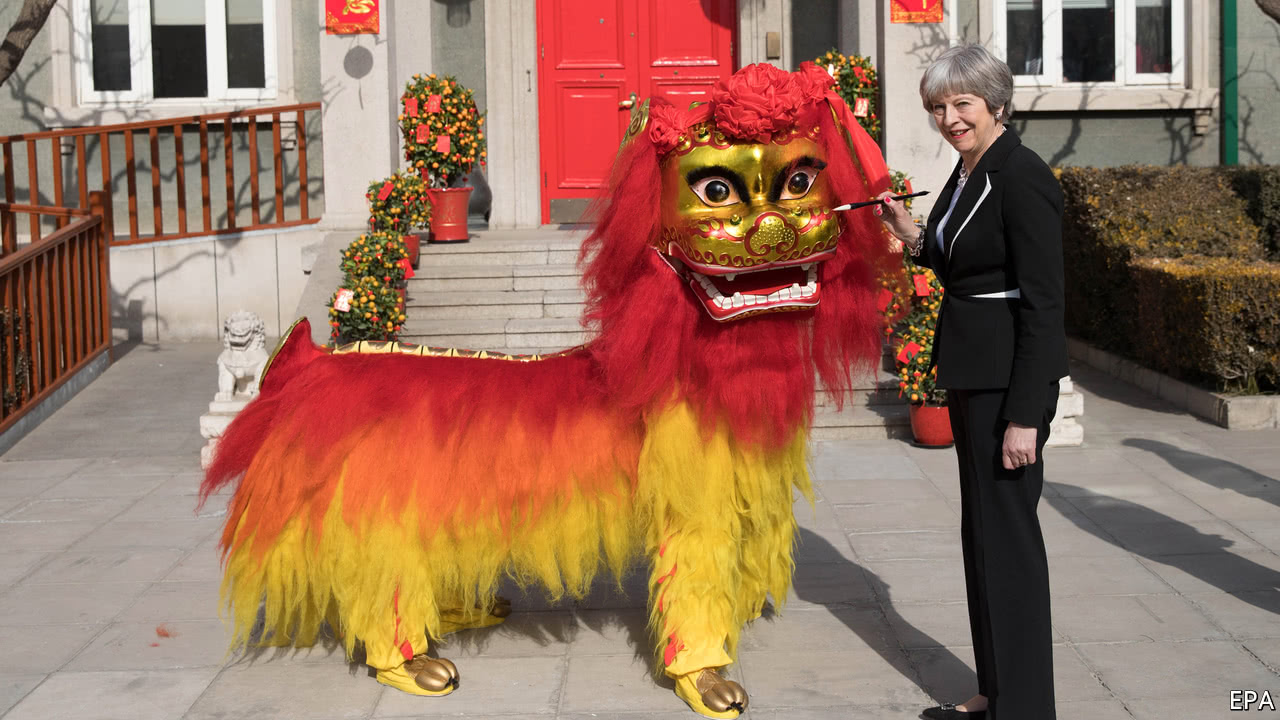 In 1793 the leader of Britain’s first mission to China, George Macartney, refused to kowtow to the emperor. His attempt to maintain Britain’s dignity, however, was rather undermined by the message written on the sails of the imperial junks that transported his diplomats and trade goods to Beijing. This read: “Ambassador bearing tribute from the country of England”.

Dealing with the Chinese government is rarely easy, as Theresa May found during her three-day visit to the country this week. The prime minister had a difficult balance to strike. For one thing, she wanted to reassert that Britain and China are still enjoying the “golden era” proclaimed in 2015 by Xi Jinping, China’s president, and her predecessor, David Cameron, who since leaving office has been trying to set up a China-Britain investment fund. (Read more)

With his perfectly dyed dark hair and his ivory-white teeth glistening in the lights of the television studio, Silvio Berlusconi — the octogenarian comeback kid of Italian politics — was reminiscing last month about his first election campaign. It was 1948, he was 12 years old, and the young Silvio was putting up posters for the centre-right Christian Democratic party in its ultimately victorious confrontation with the Italian Communist party. There was one image that forever stuck in his mind. “It said, ‘In the voting booth, God sees you, Stalin doesn’t’,” Mr Berlusconi, now 81, said with a grin, pausing for effect. “It was truly beautiful.” The presenter, Massimo Giletti, laughed, while the studio audience, sitting on both sides of the two men, clapped enthusiastically — and this was not even one of the TV stations that Mr Berlusconi owns. With Italy due to go to the polls on March 4 in a general election that is the next big political test for Europe in an era of resurgent populism, the media mogul and former prime minister is exactly where he likes to be — at the centre of the country’s political debate. (Read more)

Trump pledges to ‘make America great again for all Americans’

President Donald Trump sought to infuse his maiden State of the Union address Tuesday with an undercurrent of optimism, issuing a call for Democrats and Republicans to look past deep national divisions in order to do good by the American people.

Even as he worked to bridge growing national schisms, however, Trump didn’t avoid the dark warnings about immigrants and nods to populist nationalism that have helped foment disunity over the past year.
Over the course of his 80-minute address — one of the longest-running State of the Union speeches in history — Trump heralded the economic successes of his first year in office, including a soaring stock market and low unemployment. He trumpeted the large package of tax cuts he signed into law last year and proclaimed that a regulatory rollback has allowed industries to thrive. And he staged several emotional moments with invited guests sitting in the first lady’s box, including the parents of Otto Warmbier, who died after being returned to the United States by his North Korean captors. (Read more)
____________________________________________________________________________________________

Sanctions are being threatened by the European Union to prevent Britain undermining the bloc’s economy after Brexit.

Penalties against companies that receive state subsidies and putting Britain on a tax blacklist of unco-operative jurisdictions are among proposals contained in a strategy paper published this week by the European Commission.

The plans are designed to maintain a “level playing field” and counter the risk of the UK slashing taxes or cutting red tape to attract business and investment after leaving the bloc. (Read more)

Why the US condemns Venezuela but is silent on Honduras

The US has been called out for its double standards on Central and South American human rights issues following the inauguration of Honduran President Juan Orlando Hernandez this week.

When Venezuela’s populist anti-American government rigged state gubernatorial elections in October, “the US led a campaign of condemnation and stepped up sanctions”, The Washington Post says.

“But when Honduras’s rightist pro-American president suspiciously reversed what looked like an upset loss in a presidential election a month later, the Trump administration congratulated him.”

It is not the first time that the US has been accused of turning a blind eye in Honduras – nor of profiting from its Central American foothold. (Read more)