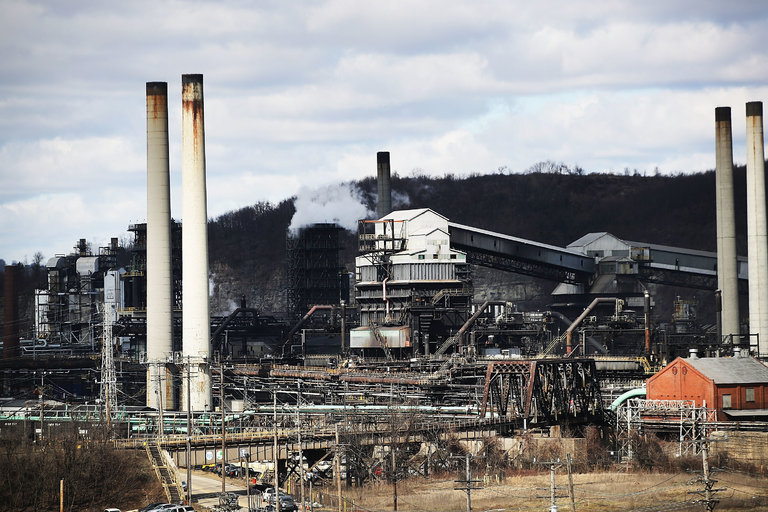 After making good on tax cuts and regulatory rollbacks that business leaders wanted, President Trump has turned to a part of his economic agenda that many of them feared: tariffs.

Those leaders worry that Mr. Trump, by imposing stiff and sweeping tariffs on steel and aluminum, will set off a trade war with other countries. The global tit-for-tat could hurt American exporters and raise costs for manufacturers that rely on a vast supply chain around the world.

If that happens, it will crimp economic growth, undermining the stimulative effects of Mr. Trump’s deregulation push and his signature $1.5 trillion tax cut. (Read more)

German Chancellor Angela Merkel is set to form her fourth government after the opposition Social Democrats voted in favour of another grand coalition.

The Social Democrats (SPD) had been split between the party’s leadership, which backed joining the coalition, and its radical youth wing, which did not.

Mrs Merkel, who has been in power for 12 years, congratulated the SPD.

On her party’s Twitter feed. she said she “looks forward to working together again for the benefit of our country”. (Read more)

Sometimes an announcement succeeds in being both unsurprising and shocking. It had long been evident that China’s Xi Jinping would not — indeed, could not — step down from power. He has made too many enemies, particularly through his anti-corruption campaign, even if he wanted to go, which seems unlikely.

Yet the announcement that the two-term limit on the presidency is to go, is still shocking. What seemed likely is now a fact. Mr Xi has discarded the attempt by Deng Xiaoping to institutionalise checks on the power of China’s leaders — itself a reaction to the wild excesses of the era of Mao Zedong. What is re-emerging is strongman rule — a concentration of power in the hands of one man. It now looks a bit like “Putinism with Chinese characteristics”. (Read more)

Populists on brink of taking power in Italy

Italy risks being taken over by a dangerous populist alliance, the country’s former prime minister Matteo Renzi has warned as voters prepare to go to the polls in tomorrow’s unpredictable elections.

Mr Renzi said that Italy risked an extremist government run by an alliance of the anti-establishment Five Star Movement, the anti-migrant League and the hard-right Brothers of Italy. He likened the populist parties to “sorcerers’ apprentices”.

The League and the Brothers are locked into a coalition with Silvio Berlusconi but analysts believe that they might dump him and join with Five Star to forge a majority if voting produces a hung parliament. Equally, Mr Berlusconi could abandon them and look to forge a governing alliance with Mr Renzi.

Parties staged final rallies yesterday after a campaign dominated by harsh rhetoric towards migrants and carefree tax and spend promises. Amid growing antipathy towards established parties and with many voters expressing gloom about the choice, the election risks producing political stalemate as Italy tries to escape a grinding recession. (Read more)

Theresa May’s five tests for the UK’s post-Brexit EU relationship tell us… not a lot. Again.

This Groundhog Day remake’s a bit wonkish, isn’t it? There’s a blizzard coming and we wake up to a radio message promising a major speech on Brexit from Theresa May, and no sight of Andie MacDowell anywhere.

Thanks to the snow, the latest in May’s series will be delivered in London not Newcastle, and thanks to the demands of balancing opinion in the Conservative Party, the speech will say… not a lot, at least if the pre-released extracts are any guide.

The PM will set out five tests for the final relationship: it must respect the referendum result, it must be a lasting accord, it must protect jobs and security, it must be “consistent with the type of country we want to be as we leave: a modern, open, outward-looking, tolerant European democracy”, and fifth it must strengthen “our union of our nations and our people”. (Read more)