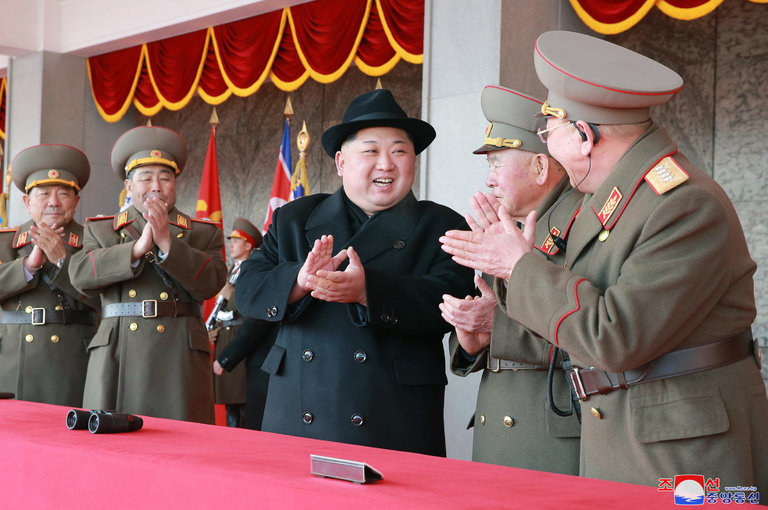 It’s infinitely better that North Korea and the United States exchange words rather than missiles.

Yet President Trump’s decision to meet Kim Jong-un strikes me as a dangerous gamble and a bad idea. I’m afraid that North Korea may be playing Trump, and that in turn Trump may be playing us.

The border between Northern Ireland and the Republic is increasingly the focus of a political “custody battle” as part of the Brexit divorce negotiations.

But while the focus is on the divorce settlement, the emotional fallout can be trickier to navigate.

“Progress was being made in terms of building a slightly more shared identity in society,” Matthew O’Toole told BBC Spotlight.

But, he added, the Brexit vote had “kind of forced people back”.

“In many ways we are still kind of fighting the battles of the 17th century Williamite War in Northern Ireland – obviously every summer people march to commemorate those wars and then other people are offended by it and don’t like it. (Read more)

Investigators are intensifying efforts to identify the mysterious substance that poisoned former Russian spy Sergei Skripal and his daughter Yulia as fears grow that they may have been the victims of a state-sponsored attack.

The 66-year-old former colonel in Russia’s GRU, the military intelligence service, and his 33-year-old daughter remain in a critical condition in hospital in Salisbury after being found unconscious on a bench near the Maltings shopping centre on Sunday.

UK government officials said there was a working assumption that the pair were targets of the FSB, Russia’s intelligence service, but cautioned that the police and security services were still waiting for the results of toxicology tests being carried out at the Ministry of Defence laboratory at Porton Down.

The UK’s counter terrorism force has taken over the investigation from local police and Amber Rudd, home secretary, is due to chair a meeting of Cobra, the government’s emergency response committee, on Wednesday morning.

Boris Johnson, foreign secretary, said on Tuesday that Britain would respond “robustly” if the investigation found that Russia was responsible. (Read more)

Two weeks ago, Mouaz Khaboutily, a Syrian photographer who works with an anti-government group, called me from the rebel-controlled Damascus suburb of eastern Ghouta. Khaboutily had sheltered in a bunker as Syrian and Russian forces launched an offensive to retake the enclave of nearly four hundred thousand people. During what he hoped was a pause in the fighting, he risked a trip to the street in order to find Internet access and see if the U.N. Security Council had brokered a ceasefire. “I’d be a liar if I said this is not dangerous,” the twenty-eight-year-old told me over WhatsApp. As he stood on the street, warplanes began flying overhead. After two minutes, we agreed that he should hang up and find shelter. The warplanes had dropped bombs four times while he was on the phone—one, he estimated, was just two hundred yards away.

In the last two weeks, one thousand and forty-two people, including about a hundred and fifty-six children, have been killed in eastern Ghouta, in what human-rights groups fear is a final, all-out offensive to retake one of the few remaining rebel-held enclaves in the country. Bombings by Syrian and Russian planes have been indiscriminate, killing civilians, levelling homes, and destroying medical facilities. Bashar al-Assad’s regime—with the full support of Vladimir Putin and the Russian military—have flouted calls for a complete ceasefire. (Read more)

Pakistan recently announced that it will send military personnel to Saudi Arabia. The details of the deployment remain elusive, but a composite brigade of the Pakistani military will reportedly fulfil advisory and training roles. It seems Islamabad and Riyadh’s longstanding relationship is getting stronger – so what are the implications?

First of all, Pakistani troops have been deployed in the Saudi kingdom before. Pakistani military engagement started when its special services participated in the operation to eliminate fundamentalist elements that seized the Grand Mosque in Makkah in 1979. Afterwards, tens of thousands of Pakistani troops remained in Saudi Arabia during the Iran-Iraq war. Most were recalled after the war ended in 1988 – but a smaller contingent stayed on. (Read more)