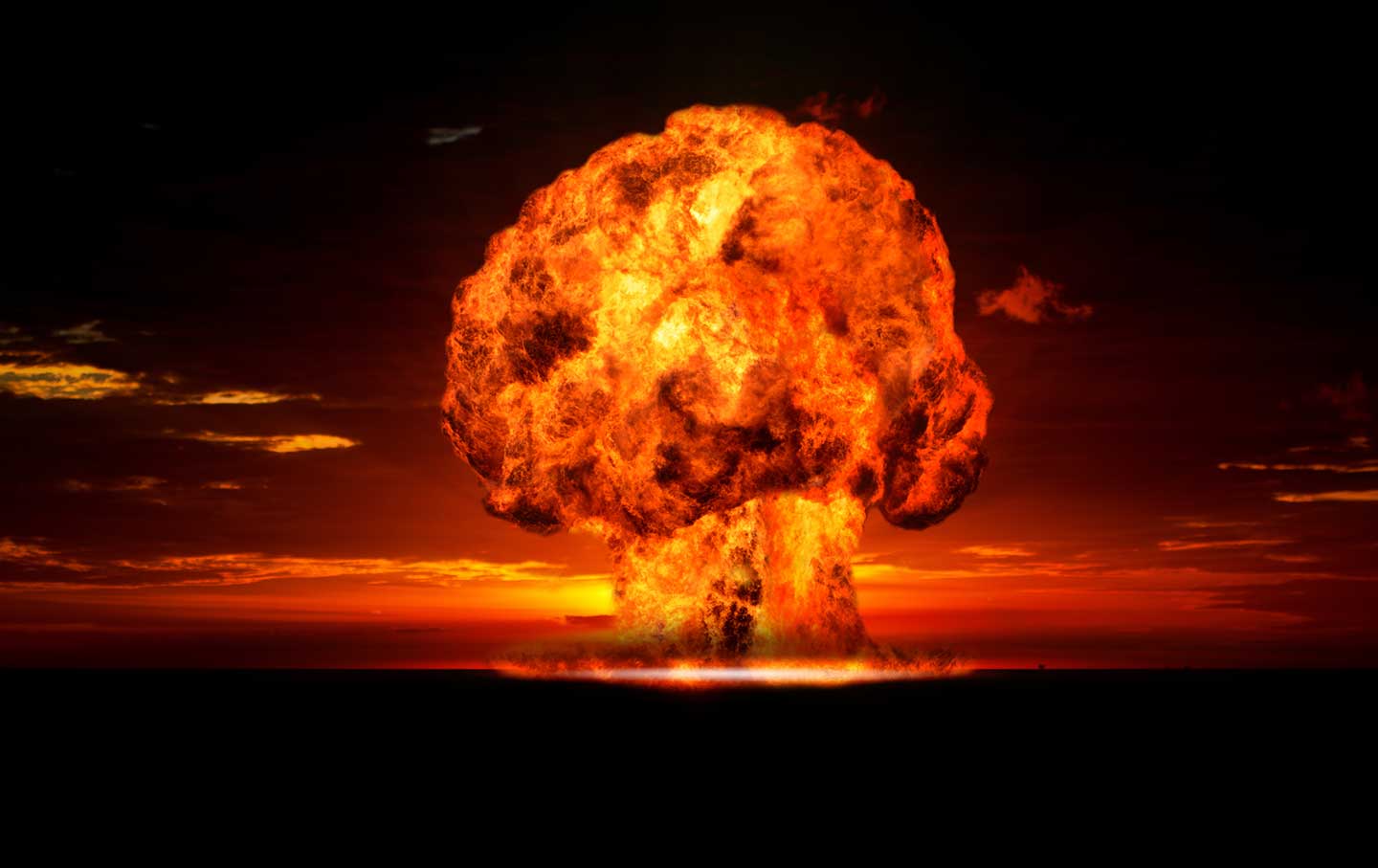 Ostensibly, President Trump’s decision to withdraw from the Intermediate-Range Nuclear Forces (INF) Treaty, announced on February 1, is intended to coerce Russia into admitting that it has violated the accord and then to destroy any weapons so identified. But the closer one looks, the more obvious it becomes that administration hawks, led by National Security Adviser John Bolton, have no interest in preserving the arms-control agreement but rather seek to embark on an arms race with Russia and China—a dynamic that will take us into dangerous territory not visited since the Cold War.

According to the INF Treaty, “intermediate-range nuclear forces” are nuclear-capable ballistic or cruise missiles with a range of between 500 and 5,500 kilometers, or approximately 310 to 3,400 miles. These can be fired from ships, submarines, planes, or ground-based launchers; the treaty, however, covers the land-based variants only. When it was signed in 1987, the United States and the Soviet Union had deployed some 1,293 of these weapons, mostly in Europe. (Read more)

Nigerian elections: Is poverty getting worse?

But it is a country where more than half the population lives in poverty, and 60% of the urban population cannot afford the cheapest house.

There are also some very rich Nigerians indeed and the gap between rich and poor is all too clear to see in the country’s largest cities.

Ahead of Nigeria’s elections on 16 February, BBC Reality Check examines whether the poor are getting poorer and if the wealth gap is getting wider. (Read more)

France and Italy: a deeper rift over Europe lies behind the current crisis

France and Italy are in a diplomatic crisis, provoked by a recent meeting between Italy’s deputy prime minister, Luigi Di Maio, and representatives of the French Gilets Jaunes protest movement.

Di Maio has expressed his support for the Gilets Jaunes as they prepare to stand candidates in the European Parliament elections this year. This has caused so much trouble for the French president, Emmanuel Macron, that the French government has pulled its ambassador out of Rome, accusing the Italian government of making verbal attacks “without precedent since World War II”. (Read more)

The Decline of Historical Thinking

Having ignored questions of economic inequality for decades, economists and other scholars have recently discovered a panoply of effects that go well beyond the fact that some people have too much money and many don’t have enough. Inequality affects our physical and mental health, our ability to get along with one another and to make our voices heard and our political system accountable, and, of course, the futures that we can offer our children. Lately, I’ve noticed a feature of economic inequality that has not received the attention it deserves. I call it “intellectual inequality.”

I do not refer to the obvious and ineluctable fact that some people are smarter than others but, rather, to the fact that some people have the resources to try to understand our society while most do not. Late last year, Benjamin M. Schmidt, a professor of history at Northeastern University, published a study demonstrating that, for the past decade, history has been declining more rapidly than any other major, even as more and more students attend college. With slightly more than twenty-four thousand current history majors, it accounts for between one and two per cent of bachelor’s degrees, a drop of about a third since 2011. The decline can be found in almost all ethnic and racial groups, and among both men and women. Geographically, it is most pronounced in the Midwest, but it is present virtually everywhere. (Read more)

We hear a great deal these days about how the right’s hostility to “identity politics,” inflamed by advocates like BreitbartNews, its erstwhile editor Steve Bannon, and Fox News, enabled the rise of Donald Trump. In this framing, the election of 2016 was a populist backlash of ordinary voters against an increasingly aberrant left that has allowed itself to be distracted by narrow questions about groups whose niche concerns do not rightly pertain to the proper functioning of democracy. Their identity-based complaints are marginalizing the left, leaving it out of touch with the troubles of Middle Americans, who primarily worry about how to pay the bills, but who are also concerned with the degradation of national values. Identity politics—according to this telling—fosters a series of peripheral grievances that, in travestying political norms, pose a dangerous threat to these values. (Read more)