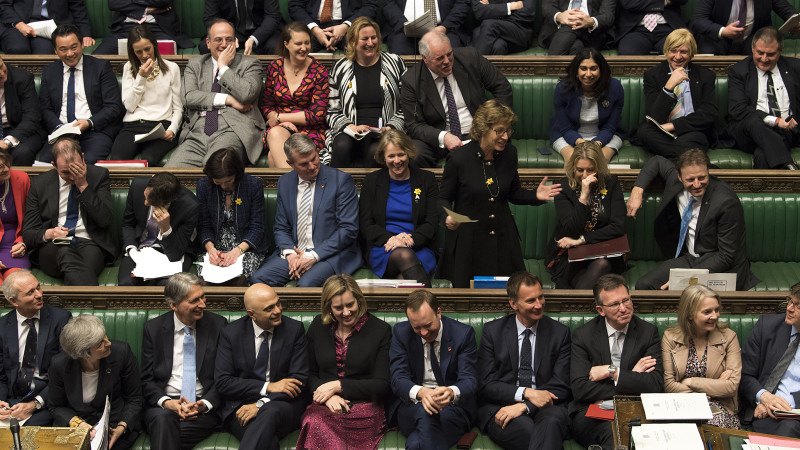 On August 29 2013, the British submarine HMS Tireless was somewhere in the Mediterranean, ready to go to battle. But unusually, its commanders were watching the House of Commons.

MPs were debating whether to authorise strikes against the Syrian regime of Bashar al-Assad. Tracking events in parliament via the BBC website, the submarine’s commanders realised, before any order came through, that they would not be firing cruise missiles after all.

The Syria debate was the first time since the American war of independence that a British government had lost a vote on military action. Mindful of how little scrutiny had been applied to Tony Blair’s blueprint to invade Iraq in 2003, many MPs had wanted to avoid the same mistake. Some hadn’t wished to block strikes on Syria altogether, just to force David Cameron to revise his plan. Instead they not only inadvertently stopped the UK going to war: they also caused Barack Obama to abandon the US’s own plans to bomb Syria, leaving Assad’s regime free to commit further atrocities. (Read more)

The EU is war-gaming for the fall of Theresa May amid a complete collapse in confidence in the prime minister after a week of chaos over Brexit, a leaked document seen by the Observer reveals.

In the run-up to a crucial summit of EU leaders where May will ask for a delay to Brexit, Brussels fears there is little hope that she will succeed in passing her deal this week and is preparing itself for a change of the guard in Downing Street.

A diplomatic note of a meeting of EU ambassadors and senior officials reveals an attempt to ensure that any new prime minister cannot immediately unpick the withdrawal agreement should May be replaced in the months ahead. Some hardline Brexiters want to replace her with a leader who will back a harder split with Brussels. (Read more)

It’s Time to Confront the Threat of Right-Wing Terrorism

Brenton Harrison Tarrant, the twenty-eight-year-old Australian who allegedly carried out a racially motivated gun massacre, in Christchurch, New Zealand, on Friday, appeared in court on Saturday morning and was charged with one count of murder. According to a report from the New Zealand Herald, Tarrant “appeared in white prison clothing, with manacled hands, and barefoot. He smirked when media photographed him in the dock, flanked by two police officers.” He didn’t enter a plea and was remanded in custody. The court hearing, at the Christchurch district court, was closed to the public, but the judge allowed some members of the media to report on the proceedings.

As they were taking place, surgeons were still operating on some of the victims of the shootings, which occurred at two mosques, and the confirmed death toll rose to forty-nine. More horrifying eyewitness accounts emerged, and the whole of New Zealand, a remote island nation of about 4.9 million people that had only thirty-five murders in all of 2017, was in a state of deep shock. “I honestly thought somebody was carrying a water pistol—this is New Zealand, you know—or a showing of a pellet gun or something,” Omar Nabi, a Christchurch man whose father was shot dead at one of the two mosques that were attacked, told reporters. “We feel safe here because it’s multicultural. We’re accepted no matter who we are.” Tragically, it took just one heavily armed fanatic to upset this equilibrium. (Read more)

It was early fall in southern Florida, and a standing-room-only crowd of about 300 gathered at a steakhouse to see a right-wing presidential candidate whom most experts were dismissing as too radical, divisive, and inexperienced to win office.

The candidate was not Donald Trump but Jair Bolsonaro, a retired Brazilian army captain and longtime member of congress whose tough talk about corruption, praise for Brazil’s former military dictatorship, and promises to give police “carte blanche” to kill drug traffickers and other suspected criminals were, by October 2017, already beginning to propel him upward in polls. Many in the crowd had themselves fled Brazil’s spiraling violence and the worst recession in its modern history, which had caused the economy to shrink nearly ten percent on a per capita basis from 2014 to 2017. The 300,000-strong diaspora in Florida, like many of their relatives back home, were hungry for the most anti-establishment figure they could find. (Read more)

Eight years of war and upheaval, half a million dead and millions more displaced, countless wounded and hundreds of chemical attacks.

The story of a revolution undone. Most Syrians who marched out onto the streets in 2011 to protest the Assad dynasty’s brutality had no inkling of what was to come. Inspired by protests in Egypt and Tunisia, they overcame a generational barrier of fear of public dissent.

Then the whole world conspired to crush them.

The picture today is one in which the nation’s president Bashar Al Assad and his Iranian and Russian allies have prevailed over a fractious opposition, that was undermined from within by factionalism and the rise of brutal jihadist groups, and from without by the regime’s impunity and the international community’s abandonment of core ideals. (Read more)