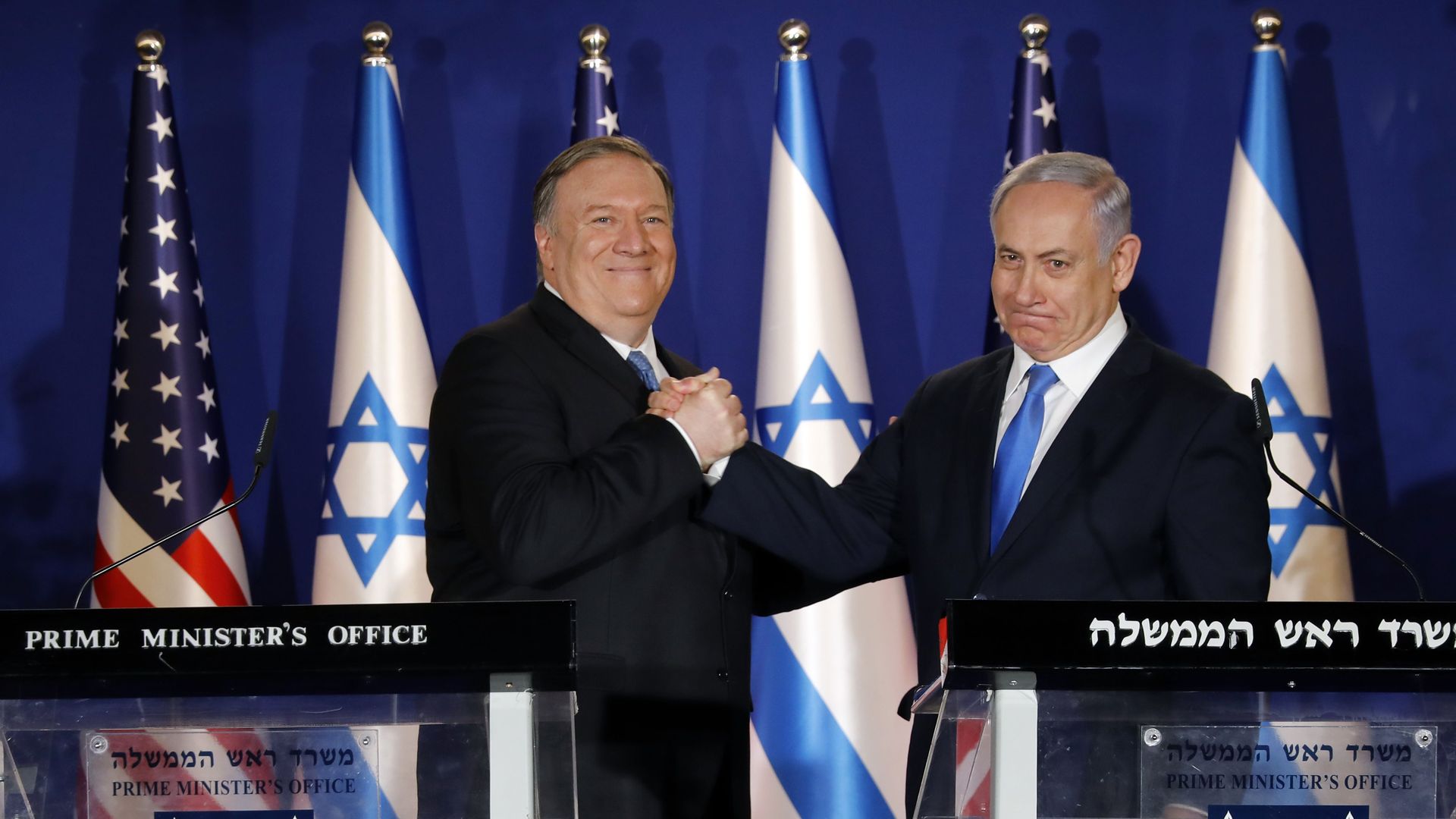 It was another day of diplomacy in the age of Twitter, with @realDonaldTrump tweeting: “After 52 years it is time for the United States to fully recognize Israel’s Sovereignty over the Golan Heights, which is of critical strategic and security importance to the State of Israel and Regional Stability!”

Why it matters: The president’s tweet calls for a change in U.S. policy toward the Golan Heights but does not actually declare it. There are many reasons for the president not to turn his tweet into policy.  It would all but eliminate what little chance exists for peace between Israel and either the Palestinians or Arab states, such as Saudi Arabia. (Read more)

For all the rhetoric we hear about this or that group ignoring or flouting “democratic process”, the fact is that we are in danger of forgetting what democracy is and why it matters. To say that democratic government is the best (or least worst) system of running a society is to say that legitimacy for a government comes from popular consent rather than inherited status, divine right or purchasing power. But this is only part of the story.

Democracy rests on a presupposition that is not often made explicit. Popular consent implies that everyone’s view and interest, without restriction, is worth taking into account in the running of a society – which is why the principle on which democracy rests is the same principle that affirms the rights of minorities and the need to continue testing the strength of popular consent. Any search for a permanent resolution of social issues that is declared to be beyond argument or challenge is a move away from the fundamental principle. (Read more)

What Do We Really Know About Joseph Stalin?

Joseph Stalin died sixty-five years ago this month. But it wasn’t until Mikhail Gorbachev’s glasnostand perestroika in the late 1980s, and then the breakup of the USSR, that the state archives were opened and the full record of Stalin’s deeds revealed.

As historian Hiroaki Kuromiya notes, prior to the Soviet Union’s end, that nation’s history was written by rumor, Kremlinology, and foreign intelligence agencies. The records of the USSR have transformed the history of the USSR. But don’t expect to find all the answers in the papers; historians like Kuromiya continue to debate the meanings and motivations behind the documentation. (Read more)

The path to colonial reckoning is through archives, not museums

As the French President Emmanuel Macron tours East Africa, he is certain to get a cordial welcome. If everything goes to plan, it will be all smiles and few uncomfortable questions. However, this should not be the case. Macron has called for an international conference on the return of African art and artefacts looted during colonialism. But art and artefacts are not the only things that should be returned.

The colonial archive, the thousands of official records and documents that trace the history of subjugation, oppression and looting of the continent by the European powers is largely resident in Europe. And it is not a history that the Europeans have been eager to reveal, preferring to think of their time as overlords of the continent as something of a benevolent occupation. (Read more)

Racists in Congress fought statehood for Hawaii, but lost that battle 60 years ago

But Hawaii was not an ordinary United States territory and would be unlike any other American state.

For one, Hawaii was not actually in America, at least not physically. Its islands lay in the Pacific, some 2,000 miles from the U.S. west coast.

And Hawaii would become the first state with a majority of people of Asian descent. Many had been ineligible for U.S. citizenship only a few years earlier, before the end of racial restrictions to naturalization. (Read more)