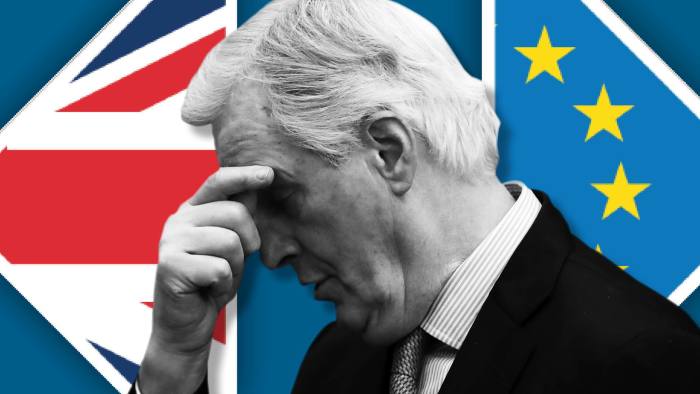 The Westminster deadlock over Brexit is now confronting EU leaders with the choice British voters faced almost three years ago: is it better for the UK to leave or remain in the EU?

Such a momentous political decision will ultimately be for Britain. But, with the House of Commons seemingly paralysed, EU leaders are aware that their approach — notably on the question of delaying the UK’s exit — might help determine whether Brexit happens at all.

The judgment turns on not just an assessment of Britain’s place in the European project, but on the chances of reversing the Brexit vote, and whether it is worth the risk to wait and see how the UK ructions end.

“I tell you my personal view,” said one of the principal players in the Brexit saga. “They will not leave. They cannot find the exit. They do not want to leave. They have not developed a concept of what Brexit means.” (Read more)

Many Democrats are dismayed by Robert Mueller’s failure to take down the president. Yet they have a consolatory new hate figure in the form of William Barr, who began his second spell as attorney-general last month. A grandfatherly 68-year-old, who first presided over the Justice Department for George H.W. Bush, Mr Barr has been castigated for his handling of Mr Mueller’s report, which remains under wraps at his discretion. Jerrold Nadler, Democratic chairman of the House Judiciary Committee, called his summary of the report “a hasty, partisan interpretation of the facts.” Several Democrats running for president, including Kamala Harris and Elizabeth Warren, derided Mr Barr as Donald Trump’s “hand-picked attorney-general” (as if there were any other kind).

This is partly a case of shooting the messenger. Many on the left were convinced Mr Trump was up to his neck in the Russian plot that helped get him elected. They also had an almost cultlike faith in Mr Mueller (the ash-dry prosecutor would be amazed to see how many T-shirts bear his name on campus—as in “Mueller Time—Justice Served Cold!”). The instant Mr Barr relayed the crushing news that the special counsel had found no collusion with Russia by Mr Trump, he was suspected of skulduggery, which seems hysterical. A close friend of the special counsel, Mr Barr is possibly too principled and certainly too canny to have misrepresented his conclusions. If he had done so, they would leak. Yet the attorney-general’s treatment of the second prong of Mr Mueller’s investigation, concerning Mr Trump’s alleged effort to obstruct the various Russia investigations, is more troubling. (Read more)

In contemporary society, pop music and politics mix freely—from voter registration drives at music festivals, to celebrities like Taylor Swift weighing in on elections. Back in 1970s Britain, however, that combination created controversy within political organizations.

Historian Evan Smith writes that in the late 1960s, a new organization formed, known as the National Front (NF). Appealing to some far-right members of the Conservative Party, it called for the expulsion of non-white immigrants from England. When an economic crisis hit the country in the 1970s, the NF began seeking support from white, working-class Labour voters, arguing that nonwhite immigrants were causing economic problems. Soon, NF members were holding street marches and sometimes violently attacking people in black communities. (Read more)

Spain hits back at Mexico in row over colonial rights abuses

A diplomatic row has broken out between Mexico and Spain after the Mexican president wrote to King Felipe VI demanding he apologise for crimes committed against Mexico’s indigenous people during the conquest 500 years ago.

In a video filmed at the ruins of the indigenous city of Comalcalco, in southern Mexico, Andrés Manuel López Obrador called on Spain and the Vatican to recognise the rights violations committed during the conquest, led by Hernán Cortés. The video was posted on the president’s social media accounts.

“There were massacres and oppression. The so-called conquest was waged with the sword and the cross. They built their churches on top of the [indigenous] temples,” he said. “The time has come to reconcile. But let us ask forgiveness first.” (Read more)

President Donald Trump’s recent decision to recognize Israeli sovereignty over the Golan Heights reminded me of an old joke that goes something like this: “I’ve decided to marry supermodel Claudia Schiffer. I want to do it, and my parents are in full agreement. Now all I need to do is to persuade Claudia.”

Israel and the United States have alone decided that the Golan is Israeli. They may soon do so for large parts of the West Bank. Both must now convince the rest of the world. From the early reactions of many countries, that’s not likely to succeed. After Israel annexed the Golan in 1981, the United Nations Security Council, in Resolution 497, unanimously characterized the move as “null and void,” demanding that Israel “rescind” its decision. On Monday, UN Secretary General Antonio Gutteres said that he continued to adhere to all Security Council resolutions on the Golan. (Read more)