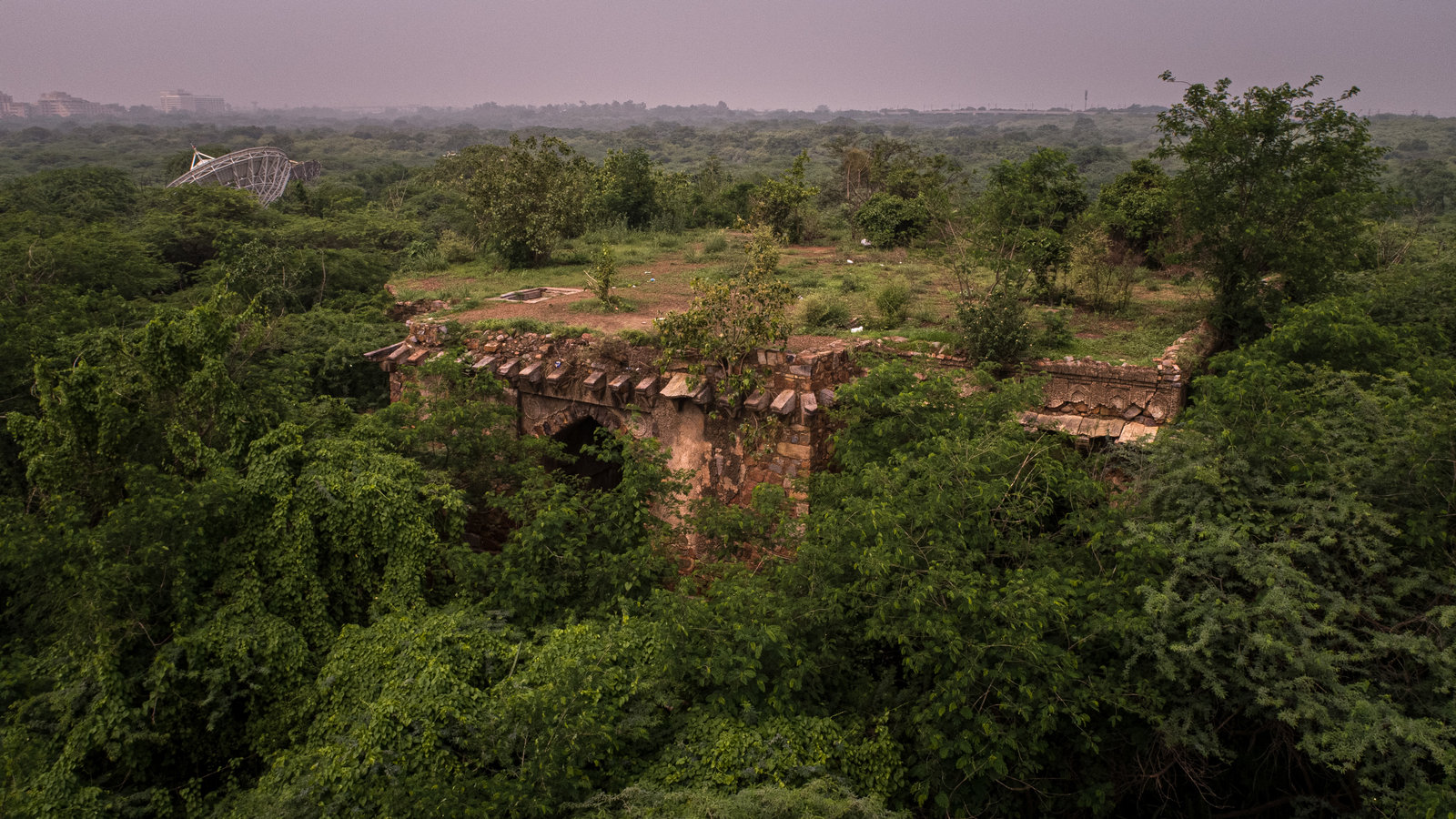 The Jungle Prince of Delhi

On a spring afternoon in 2016, when I was working in India, I received a telephone message from a recluse who lived in a forest in the middle of Delhi.

The message was passed on by our office manager through Gchat, and it thrilled me so much that I preserved it.

Office manager: Ellen have you been trying to get in touch with the royal family of Oudh?

Ellen: this has to be the best telephone message ever

Office manager: It was quite strange! The secretary left precise instructions for when you should call her — tomorrow between 11 am and 12 noon

I knew about the royal family of Oudh, of course. They were one of the city’s great mysteries. Their story was passed between tea sellers and rickshaw drivers and shopkeepers in Old Delhi: In a forest, they said, in a palace cut off from the city that surrounds it, lived a prince, a princess and a queen, said to be the last of a storied Shiite Muslim royal line.

There were different versions, depending on whom you spoke to. Some people said the Oudh family had been there since the British had annexed their kingdom, in 1856, and that the forest had grown up around the palace, engulfing it. Some said they were a family of jinns, the supernatural beings of Arabian folklore. (Read more)

On July 29, 1986, at the King David Hotel in Jerusalem, Vice-President George H. W. Bush met with Amiram Nir, a counterterrorism adviser to the Israeli government. Nir briefed Bush in detail about the latest doings in a shadow foreign-policy scheme authorized by President Ronald Reagan. With Israel’s help, the United States had secretly sent arms to Iran, in the expectation that American hostages held by Iranian proxies in Lebanon would be released. Reagan had pledged never to negotiate with terrorists, yet Bush had endorsed the operation and, according to a retired Air Force general who was involved in it, was “very attentive, very interested” in Nir’s update. That November, news broke about what became known as the Iran-Contra scandal, which eventually led to the indictments of fourteen Administration officials. Early on, Bush spoke about his role in a manner that was “at best misleading and at worst a lie,” in the judgment of Jon Meacham, his authorized biographer. Secretary of State George Shultz remarked privately that Bush was getting drawn into a “web of lies. Blows his integrity. He’s finished, then.” (Read more)

Surprised about Mark Zuckerberg’s secret meeting with Trump? Don’t be

What are Mark Zuckerberg’s politics? Based on recent events, one might assume the young billionaire favors American conservatism, even explicit Republican positions.

On Thursday, NBC News revealed that the CEO of Facebook had a secret dinner at the White House in October with President Donald Trump. Zuckerberg was accompanied by Facebook board member and long-time mentor Peter Thiel. Thiel is notorious among Silicon Valley billionaires for explicitly endorsing Trump in 2016 and speaking at the Republican National Convention that year. Thiel, a libertarian who runs a company that enhances government surveillance efforts, has also questioned the value of women voting.

That October dinner was the second in two months at which Zuckerberg dined with Trump. It followed a series of dinners at Zuckerberg’s home in California with conservative pundits and activists like white supremacist Tucker Carlson of Fox News. (Read more)

Close to 200 people have been arrested after clashes between foreign nationals and security forces broke out at the offices of the United Nations’ agency for refugees (UNHCR) in South Africa’s capital, Pretoria.

In a statement on Saturday, one day after the scuffles, police said 182 men and one woman had been taken into custody and were due to appear in court next week on charges of trespassing.

A further 224 women, 169 children and seven men were temporarily detained at  Lindela Repatriation Centre until the South African Department of Home Affairs can verify their immigration status and process them accordingly. There is no indication as to how long this process will take. (Read more)

Were Mark Twain with us, he might say about citizen action to save Hong Kong what he said about the weather: everybody talks about it, but nobody does anything about it.

To be sure this, like many pithy observations, would be an exaggeration. Months ago, when the current crisis emerged, Hong Kong’s many able and experienced community leaders, as well as the Hong Kong government officials and their Beijing superiors who precipitated the crisis, seemed paralysed. Since then, efforts of various stripes have been made, if only haltingly. Now is the time for decisive action.

There is widespread consensus, both in Hong Kong and abroad, that not much time may be left. The absence of enlightened action has allowed disaster to begin destroying an important human achievement. Irrationality on all sides is superseding wisdom. Sage commentators increasingly despair. Various solutions continue to be mentioned but without detail or evident hope. (Read more)