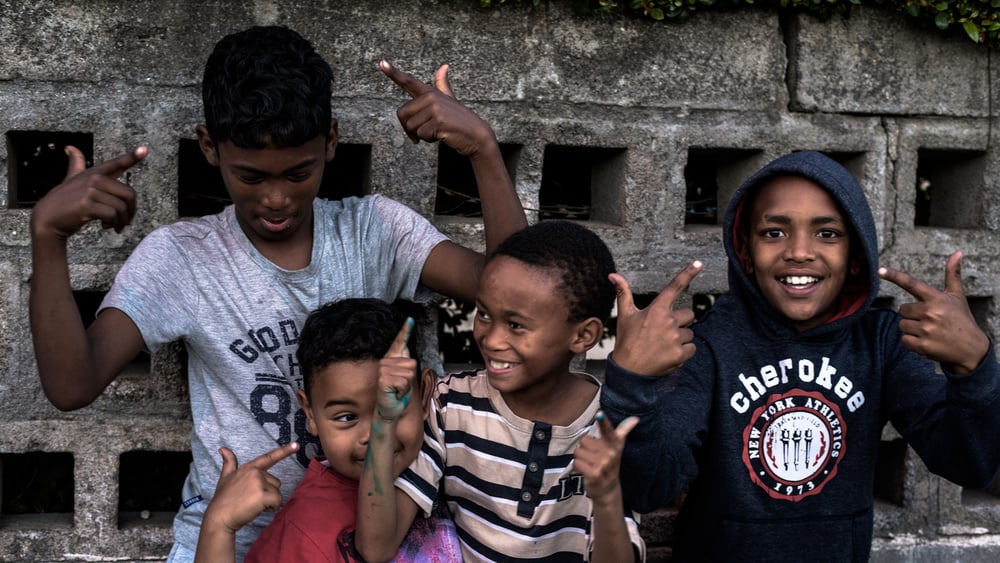 Hanover Park, a depressing neighbourhood of drab buildings and unemployed young men, is one island in a violent gangland archipelago that stretches across South Africa’s coastal city of Cape Town, where even the deployment of the army has failed to stop the shootings.

Gangsters as young as 12 operate within a contested jigsaw of fiefdoms in the historically “coloured” township just a 15-minute drive from well-heeled central Cape Town, South Africa’s legislative capital.

Mary Bruce points to identical three-storey flats 30 metres from her Donegal Court home in Hanover Park. “That’s the Ghetto Kids. Over there is the Dollars, and this side is the Americans: they fight everyone.” A couple of hundred metres towards the taxi rank the “turf” yields to two more gangs – the Mongrels and Laughing Boys.

Up to 500 youths in Hanover Park could be classed as “child soldiers”, according to Brian Williams, a visiting professor for peace, mediation, and reconciliation at the University of the Sacred Heart Gulu, in Uganda. (Read more)

Throughout the Democratic presidential primary, Bernie Sanders and Elizabeth Warren have been careful not to criticize Barack Obama directly—a wise move given his popularity in the party. But their campaign proposals leave little doubt that they view the former U.S. president’s domestic legacy as a series of quarter-measures shaped by a fatalistic centrism. “Medicare for All” is predicated on the notion that Obamacare—the president’s towering legislative achievement—was not close to enough. Where Obama made it easier for college students to reduce their monthly loan repayments, Sanders and Warren propose to forgive student debt and make it free to attend public college. The list goes on.

But is the gulf so wide between Obama and the left’s standard-bearers on the issue of foreign policy? Not nearly as wide as they like to suggest, or their supporters like to think. (Read more)

Africa is a country

The German parliament, the Bundestag, is rarely an exciting place, and even less often the site of debate and protest. But in December, the far-right Alternative für Deutschland (AfD) managed to scandalize the German public by hosting an academic lecture on German colonialism.

The speaker the AfD invited has made a name for himself as a colonial revisionist in the most literal sense: Bruce Gilley, professor of political science at Portland State University, became the subject of global debate in 2017 when the (small, but renowned) journal Third World Quarterly published his essay “The Case for Colonialism.” In it, Gilley argued not only that colonialism was “objectively beneficial,” but also that it should be reconsidered as a model of governance for countries in the Global South today. Critics, while scandalizing the proposal itself, mainly focused on the question of how a paper that was “blind[…] to vast sections of colonial history,” contained major “empirical shortfalls,” and was essentially “the academic equivalent of a Trump tweet, clickbait with footnotes” made it through peer review. As it turned out, the paper had been rejected by three peer reviewers, and the decision of editors to publish it without consulting the editorial board of Third World Quarterly led to the resignation of most members of the board and the retraction of the article. (Read more)

Preparing British foreign policy for the post-Brexit era: why swift and sudden institutional change is not the answer

Having successfully navigated the general election and with Britain’s formal withdrawal from the EU just a matter of days away, Boris Johnson is believed to be considering major structural changes to the machinery of government. The rationale – and temptation – is obvious: at the same time as refashioning the bureaucratic and administrative structures that must deliver his manifesto promises, he can stamp his authority in perhaps the most eye-catching way available to a Prime Minister. Consequently, several departments – most notably the Department for Exiting the European Union (DExEU) – are rumoured to be facing the axe.

The ministries responsible for Britain’s foreign policy are no exception and perhaps inevitably the Department for International Development (DfID) is one of those under the spotlight. Long a target of those critical of Britain’s aid policy, it has been suggested – most recently by the former International Trade Secretary, Dr Liam Fox – that DfID should be brought back into the Foreign and Commonwealth Office (FCO), responsible for overseas development aid until 1997 when DfID was established by the first Blair government. (Read more)

It’s easy to be down on Twitter these days. The platform is overrun by bots and trolls. Its most prominent user has been issuing statements like “I JUST GOT IMPEACHED FOR MAKING A PERFECT PHONE CALL!” But a more optimistic view was on display at a reception that the American Historical Association hosted recently in a conference space at a Sheraton hotel, in Manhattan, as part of its annual gathering. It was a reception for Twitterstorians—historians with Twitter accounts, who have been attracting big followings with their historically informed takes on the dumpster fire that is America in the year 2020. (Bloggers were invited, too.) Attendees snacked on tuna rolls, empanadas, wine, and beer and gossiped about their colleague’s latest tweets. “Did you see Kevin Gannon’s tweet?” someone said, referring to a historian of nineteenth-century America, who has a large Twitter following. “He was sitting next to Cory Booker on the plane ride here!” (Read more)