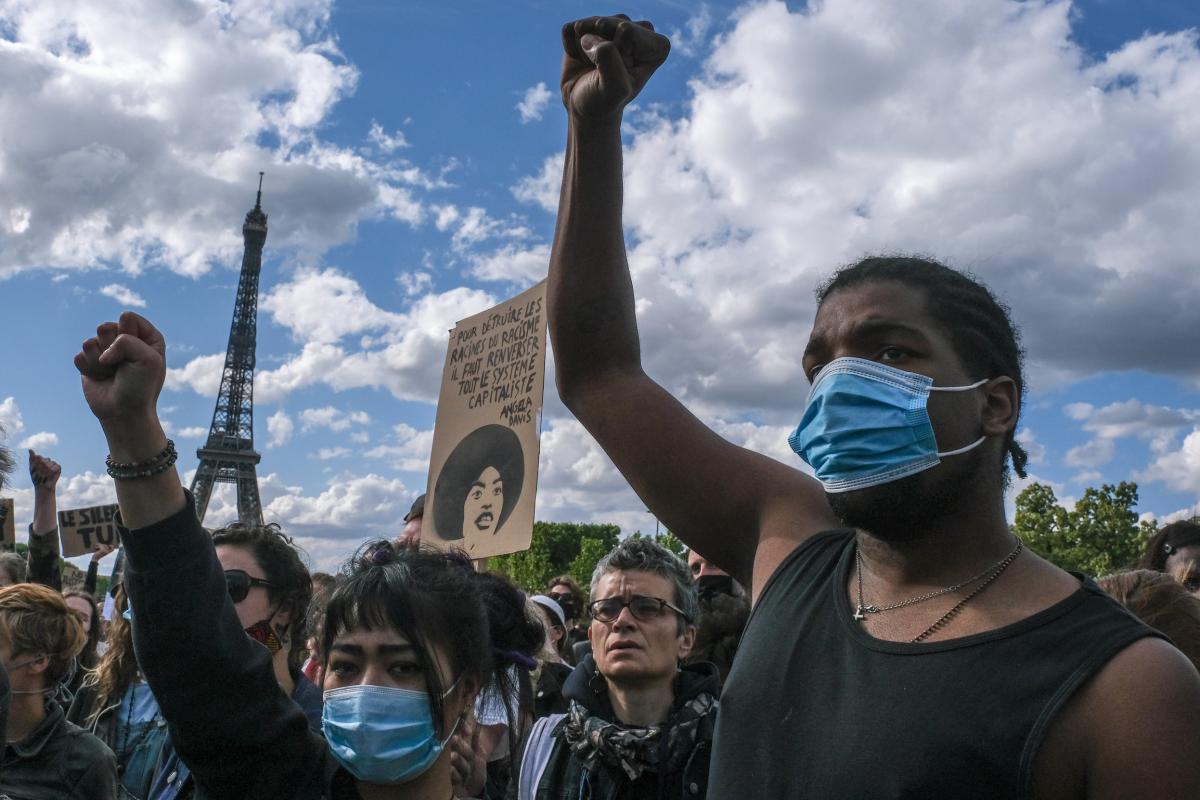 The killing of George Floyd by a Minneapolis police officer has thrust the United States into an uncomfortable light, as people around the world have taken to the streets to decry American racism. In Milan, protesters sat with hands around their necks in front of “I can’t breathe” signs, quoting Floyd’s dying words. The phrase was spelled out in candles in Australia. In Dublin, a large crowd, fists in the air, chanted, “No justice, no peace.” Syrians painted a mural of Floyd amid the rubble in Idlib. Black people across the world, said Ghanaian President Nana Akufo-Addo, were “shocked and distraught” by Floyd’s killing.

In many places, crowds turned their attention to practices by their own countries. In New Zealand, indigenous people stressed their vulnerability to racial profiling. (Read more)

Revenge of the forever wars

Whatever US statecraft was supposed to create, it was not this. In the wake of the police killing of George Floyd on 25 May, barricades have gone up around the White House, unidentified paramilitary forces patrol the nation’s capital, police run amok in neighbourhoods and attack journalists, while Donald Trump threatens military force, branding peaceful protesters “terrorists”. Across the country, cities that were already facing Covid-19 and the subsequent economic distress are now aflame. To the Minnesota governor Tim Walz, they resemble “Baghdad or Mogadishu”.

Walz’s comment is more accurate than he imagines. The US arrived at this point in part due to the extravagant foreign policy that put its troops in Baghdad and Mogadishu. The nation’s current situation should therefore end one conceit that has lain at the heart of its public life for decades: that a constitutional republic can survive while continuously fighting wars abroad. Years of conflict have spawned an American style of militarism, an excessive reverence for force and anti-insurgent policing, which leans towards absolutism and racialised violence. (Read more)

Don’t worry about ‘rewriting history’: it’s literally what we historians do

People are suddenly very concerned about the perils of rewriting history. We must be vigilant, apparently, to the possibility that great swaths of the past will be forgotten or, worse, “erased”. We must remain alert to the risk that our history will be “whitewashed” – as if there were enough whitewash in the world – with the difficult, complex bits disappeared. Meanwhile, unaware of all the controversy he has caused, Edward Colston’s statue lies peacefully at the bottom of Bristol harbour.

Historians are not too worried at the threat posed by “rewriting history”. This is because rewriting history is our occupation, our professional endeavour. We are constantly engaged in a process of re-evaluating the past and reinterpreting stories that we thought we knew. Despite what Leopold von Ranke – one of the pioneers of modern historical research – said, history is not only about finding out “how it actually happened”, but also about how we think about the past and our relationship to it. The past may be dead but history is alive, and it is constructed in the present. (Read more)

The Black Women Who Paved the Way for This Moment

In cities across the United States, black activists are denouncing state-sanctioned violence and demanding radical changes to American policing. Black women leaders occupy a central role in these movements. Utilizing public spaces—such as city parks and streets—they are advocating for equality and justice and giving voice to historical truths many Americans find uncomfortable. From the activist Tamika Mallory, who spoke before a crowd of protesters in Minneapolis, to the Black Lives Matter co-founder Patrisse Cullors, who promoted the growing movement to defund the police, black women are at the forefront of the protests sparked by the police killings of George Floyd, Breonna Taylor, and Tony McDade.

But the prominence of black women in these protests is not a sudden development. In taking to the streets in support of their goals, they are building upon a rich tradition of black women’s organizing. (Read more)

Council of Councils global perspectives roundups gather opinions from experts on major international developments. In this edition, members from leading global think tanks in Australia, Brazil, Germany, South Korea, and the United Kingdom reflect on the recent unrest in the United States, and the possible implications for the U.S. role in promoting the rule of law and human rights abroad. (Read more)