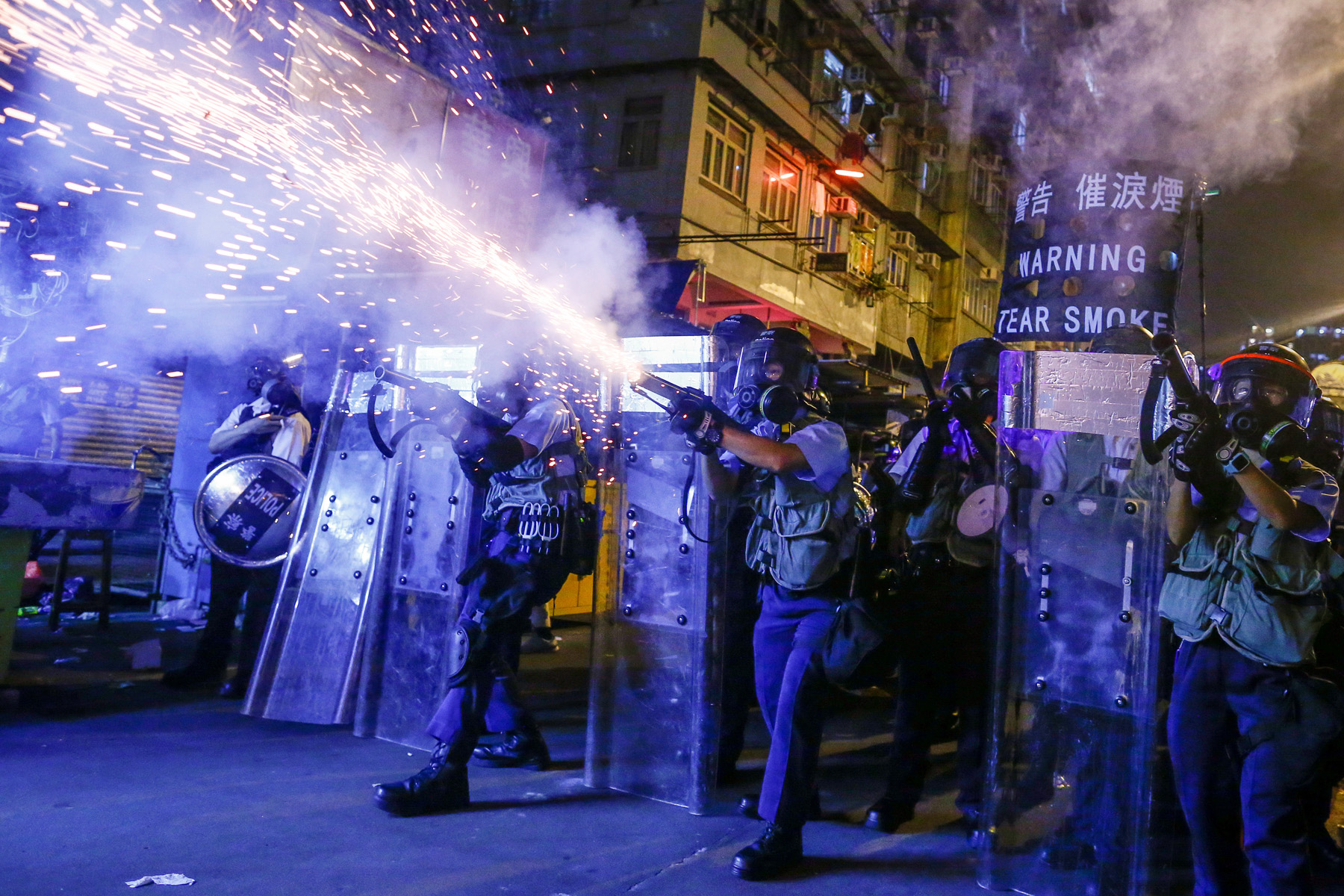 Hong Kong Was a Test Run for ‘Wolf Warrior’ Diplomacy

There has been much talk about China’s “wolf warrior” diplomacy, named for a series of patriotic Chinese films. The reasons for this terminology are debated and not embraced by all Chinese diplomats, but since the outbreak of the coronavirus pandemic and plummeting of U.S.-China relations, the world is noticing a newly confrontational approach to foreign affairs; a very undiplomatic form of diplomacy.

That they have only noticed this spring suggests they haven’t been following events of the past year in Hong Kong closely enough.

In June 2019, Hongkongers rose up to deliver a stinging rebuke to their chief executive, Beijing loyalist Carrie Lam Cheng Yuet-ngor, when she attempted to amend the territory’s laws and allow for the extradition of criminal suspects to mainland China. It wasn’t just the tens of thousands of people who showed up on June 12 to fight police and block entry into the Legislative Council building, preventing a vote from taking place and forcing the suspension of the bill. No, this was far broader than that, with up to two million people—nearly one-third of the city’s population—participating in some rallies in opposition to the amendment. (Read more)

The statue defenders are the real enemies of free speech

In the decades which followed the end of the Second World War, Britain emerged as a democratic state shorn of its empire, committed to a new global order based on the self-governing sovereignty of nations and the equality of their citizens. This was a radical break with what had gone before. Protecting empire had been a central theme in the politics of the 1930s. War was fought by the empire, in part to defend empire. But after 1945 empires collapsed quickly, and as they did so, in most parts of the world, the imperial statues came down quickly.

Statues celebrating Germany’s empire were the first to fall, replaced by heroes of nations like Poland and Czechoslovakia, newly independent from Nazi occupation. In India, statues were first moved by Britons anxious to protect the monuments of imperial heroes from newly enfranchised Indian crowds. For example, a figure in Kanpur commemorating the death of Britons during the rebellion of 1857 was quietly moved in 1947 to protect it from Indians let into the previously white-only park where it had been housed. By the 1960s, Indian state governments were pulling down imperial statues in the hundreds. They did so to express a more confident sense of cultural nationalism, and caused diplomatic protests from Harold Wilson’s government in London. More recently, the fall of the Soviet empire has seen the mass removal of statues to Russia’s Communist empire-builders in eastern Europe. (Read more)

Donald Trump Is a Broken Man

The most revealing answer from Donald Trump’s interview with Fox News Channel’s Chris Wallace came in response not to the toughest question posed by Wallace, but to the easiest.

At the conclusion of the interview, Wallace asked Trump how he will regard his years as president.

“I think I was very unfairly treated,” Trump responded. “From before I even won, I was under investigation by a bunch of thieves, crooks. It was an illegal investigation.”

When Wallace interrupted, trying to get Trump to focus on the positive achievements of his presidency—“What about the good parts, sir?”—Trump brushed the question aside, responding, “Russia, Russia, Russia.” The president then complained about the Flynn investigation, the “Russia hoax,” the “Mueller scam,” and the recusal by his then–attorney general, Jeff Sessions. (“Now I feel good because he lost overwhelmingly in the great state of Alabama,” Trump said about the first senator to endorse him in the 2016 Republican primary.) (Read more)

The traditional foundations of Australia’s strategic policy, and its dominant way of war, have been transformed. This new fact of life was signaled in this month’s 2020 Australian Defense Strategic Update. In her speech at the University of Western Australia on July 6, Australian Defense Minister Linda Reynolds summed up these changes in the most direct manner: “The world we grew up in is no more.”

Australia’s strategic environment is rapidly changing and along with it the risks that the nation’s defense policy must manage. The 2020 Strategic Update hones in on the key causes of these changes: As well as the intensifying great power rivalry between China and the United States, Australia, among many other Indo-Pacific countries, is also facing regional military modernization, the deterioration of the rules based order, and the rise of “grey zone” activities – including cyber operations, foreign interference, economic coercion, and disinformation campaigns. (Read more)

Bulletin of the Atomic Scientists

India continues to modernize its nuclear arsenal, with at least three new weapon systems now under development to complement or replace existing nuclear-capable aircraft, land-based delivery systems, and sea-based systems. Several of these systems are nearing completion and will soon be combat-ready. India is estimated to have produced enough military plutonium for 150 to 200 nuclear warheads but has likely produced only 150. Nonetheless, additional plutonium will be required to produce warheads for missiles now under development, and India is reportedly building several new plutonium production facilities. India’s nuclear strategy, which has traditionally focused on Pakistan, now appears to place increased emphasis on China, and Beijing is now in range of Indian missiles.