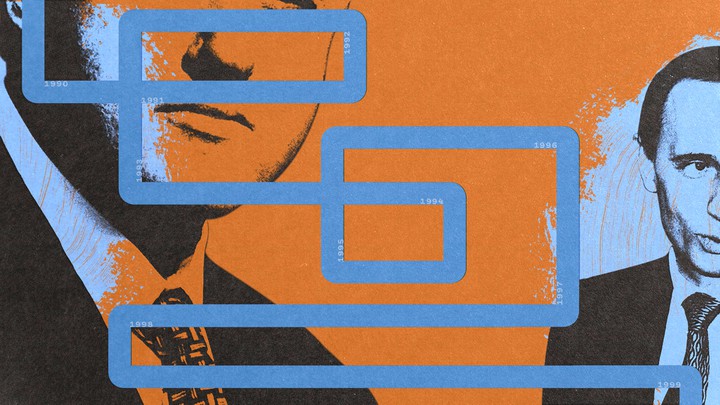 Remember the ’90s, Don’t Long for a Return

“If a man were called to fix the period in the history of the world during which the condition of the human race was most happy and prosperous, he would, without hesitation, name that which elapsed from the death of Domitian to the accession of Commodus,” Edward Gibbon writes in The Decline and Fall of the Roman Empire. “The vast extent of the Roman empire was governed by absolute power, under the guidance of virtue and wisdom.” It was stable, at peace, just, and prosperous. Yet a single flaw made its collapse inevitable: dependence on the character of one man, the emperor.

It is hard not to read these lines and think of our own golden age. Only recently, after all, did the democracies of the West appear at ease with themselves, the day’s great ideological conflicts apparently solved. Governments were liberal, open, and modern, and their countries not yet so full of the angst that seems to define them today. The phrase War on Terror had not yet been coined, China had not yet risen, and Europe was on a smooth path to ever-closer union, protected and supported by the only power on Earth that mattered, the United States. This was the 1990s. (Read more)

What’s next after the UAE-Israel deal?

Since the agreement to normalize relations between Israel and the United Arab Emirates was announced, Western media and politicians have used different phrases to describe this development including “historic,” “breakthrough,” “strategic realignment,” and “a path to very bright future.” Some senior aides to President Trump suggested that he should be awarded the Nobel Peace Prize for brokering the deal and even Joe Biden, the Democratic presidential nominee, praised the normalization deal.

The well-documented truth is that the two sides have been closely working together for decades and for electoral reasons in Israel and the United States and concerns about regime survival, Prime Minister Netanyahu, President Trump and Crown Prince Mohammed bin Zayed (MBZ) decided to give a public face to their deep and growing cooperation. Each of the three leaders has his own reasons to formalize the Tel Aviv-Abu Dhabi agreement. (Read more)

Boris Johnson demands only loyalty, not competence, in his lust for power

The radical right understands the cliche that every crisis is an opportunity. It takes genuine complaints and then, like a farmer diverting a stream to water his crops, turns them to suit its interests. The Conservatives are using the opportunity of the pandemic to stockpile power. Labour people believe they want to use the power to deregulate and update Thatcherism for the 21st century. Maybe they do. But there is a danger in over-intellectualising the lust for power. Often, power is its own justification and sought for its own sake.

To ask what ideological project Vladimir Putin is advancing when he orders the murder of his opponents is to miss the point of the poison his gangsters dispense. All there is to say is that Putin wants to make opposition to his rule in Russia so dangerous that only the bravest will dare stand against him. (Read more)

International aid can help Lebanon rid itself of its ruling junta

The blast that flattened a large section of Beirut just over two weeks ago ripped apart the lives and property of countless people. It also created a pivotal moment for the international aid system: Donors and agencies can choose to be complicit in a power structure that supports the ruling junta, or they can take a principled stance that helps us rid ourselves of our corrupt leaders and rebuild the better Lebanon we all know can exist.

Since the end of the civil war in 1990, foreign donors and aid agencies have proven a key pillar of financial sustainability for successive Lebanese governments. Yet in the wake of the 4 August explosion at the Beirut port, calls by the Lebanese people for these groups to cease funding for their government have grown to a crescendo, as they take to the streets and protest corruption. (Read more)

The Biden Doctrine Exists Already. Here’s an Inside Preview.

In an essay published earlier this year in Foreign Affairs, Democratic presidential candidate Joe Biden wrote, “the triumph of democracy and liberalism over fascism and autocracy created the free world. But this contest does not just define our past. It will define our future, as well.” That is a sentiment worth pausing over. Biden, who was born in 1942, is a child of that heroic era: He grew up in the 1950s, when the United States assumed its role of benevolent hegemon of the West in the struggle with the Soviet Union. The Soviet collapse in 1989 appeared to put an end to the great ideological contest of the 20th century. In his own tenure as vice president, Biden worked with President Barack Obama to buffer conflict with the authoritarian states of our own time—China, Russia, Iran.

Only four years have passed since that time, and yet in his essay Biden was, in effect, conceding that this project had failed. The contest with authoritarianism will define the American future both because those states, each in their own way, have chosen a path of confrontation with the West, and because—what is far more shocking—in 2016 the United States elected a president who has trampled democratic norms at home, insulted democratic allies abroad, and showered dictators with praise. Should Biden become president, he will inherit a crisis that bears a resemblance to the early days of the Cold War—far better in some ways but worse in others. Indeed, several of Biden’s foreign-policy advisors to whom I have been speaking in recent weeks made the analogy to President Harry S. Truman. (Read more)