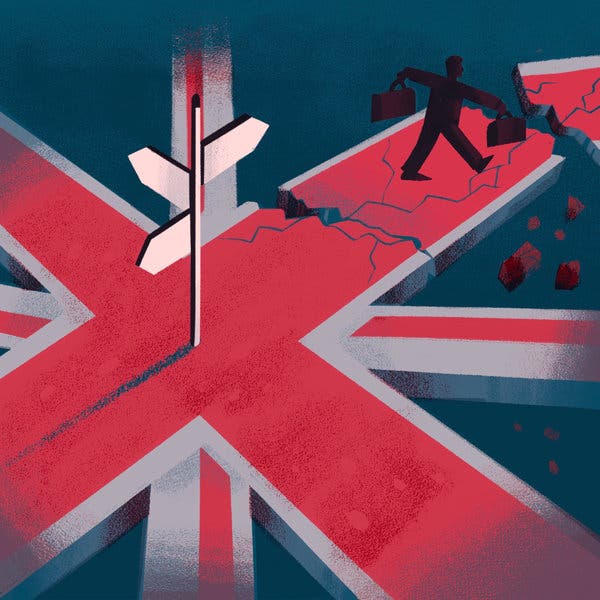 Requiem for a Dream

I have covered many stories that marked me over the past 40 years, in war zones and outside them, but none that has affected me as personally as Britain’s exit from the European Union. Brexit Day, now upon us, feels like the end of hope, a moral collapse, a self-amputation that will make the country where I grew up poorer in every sense.

Poorer materially, of course, but above all poorer in its shriveled soul, divorced from its neighborhood, internally fractured, smaller, meaner, more insular, more alone, no longer a protagonist in the great miracle of the postwar years — Europe’s journey toward borderless peace and union. Britain, in a fit of deluded jingoism, has opted for littleness. (Read more)

Brexit in Historical Perspective: The Age of Britain in Europe

When the bell tolls at eleven o’clock tonight, ringing out Britain’s membership of the EU, an entire phase of British history will come to a close. For nearly half a century – from 1973 to 2020 – perhaps the single most important fact about British history was its membership of the European Union (or ‘Community’, until 1993). Membership touched almost every area of national life. It transformed how Britain was governed, who it traded with and who had the right to live and work here. It rewired Britain’s manufacturing base, rewrote its constitution and transformed its judicial system. Its effects have been felt across the spectrum of public policy, from gay rights and environmental protection to regional policy, agriculture and the peace process in Northern Ireland. This was ‘the Age of Britain in Europe’, and its passing marks an epoch in our modern history.

Membership provided an answer to three fundamental questions about Britain’s role in the world, which reached a crisis in the years after 1945. First, how could Britain maintain its prosperity, as a declining industrial power that had lost its colonial markets? Second, how could it project power in the world, once it had lost its empire and its global military reach? Third, how could Britain preserve its sovereignty, in an increasingly globalised world? Put differently, how could Britain ‘take back control’, at a time when it seemed to be leaking sovereignty to the currency markets, to the International Monetary Fund, and to big trading blocs that were setting the rules of world trade?

Britain after Brexit will not be alone, but it will be lonelier

“At last we are alone.” My father told me he heard these words from an elderly gentleman sitting beside him on the London Underground in June 1940, just after the fall of France. The same insularity animates Brexit. It was an illusion then — it was not the UK alone, but an alliance with greater powers that won the second world war. It is an illusion now. The UK will not be alone, but it will be lonelier.

We cannot know what would have happened if the 2016 referendum had the opposite outcome. That is the road not taken. But we know some results and may at least guess at others. (Read more)

In the wake of the 2016 US presidential election, the liberal intelligentsia belatedly realized that rural and small-town America was in crisis. One sector of liberal opinion insisted that the key to Donald Trump’s victory lay in racism rather than economic distress (partly because of its own complicity with the neoliberal, free-market project). Another sector, blind to the central importance of racial inequality for US capitalism, preferred to stress narrowly economic explanations for Trump’s rise.

Both schools of thought failed to grasp the different ways in which economic suffering, racism, and community decline have interacted to prepare the ground for authoritarian populism. They also grossly underestimated the human toll of the catastrophe engulfing rural areas and small towns, overlooking the “social pathologies of collapse” that have become ever more glaring. (Read more)

In the waning days of 2019, a new coronavirus was reported to have emerged in the central Chinese city of Wuhan. Reports linked initial clusters of cases to a seafood market (one where many animal species were slaughtered and sold). In the subsequent weeks the virus has spread throughout the province, to other parts of China, and now to countries around the world, with cases reported in four of the six regions of the World Health Organization (Western Pacific, Southeast Asia, Americas, and Europe.)

The epidemiologic information about the virus is being developed by teams of researchers around the world, yet as of January 26, we still do not know exactly how infectious the virus is (how many people do we expect one person to infect), we do not have confirmation regarding routes of transmission, its precise severity, nor if any therapeutics are more helpful than others. In the absence of such data, guidance to the public has amounted to: (Read more)