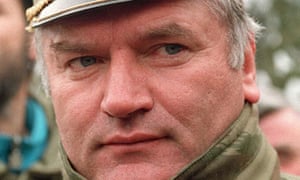 The former Bosnian Serb commander Ratko Mladić, nicknamed the ‘butcher of Bosnia’, has been sentenced to life imprisonment after being convicted of genocide, war crimes and crimes against humanity.

More than 20 years after the Srebrenica massacre, Mladic was found guilty at the United Nations-backed international criminal tribunal for the former Yugoslavia (ICTY) in The Hague of 10 offences involving extermination, murder and persecution of civilian populations. (Read more)

The prince, in essence, is broadening social liberties in exchange for closing off the limited political freedoms that existed in the Saudi kingdom. (Read more)

On February 20, 2015, as the residents of Sanaa prepared for evening prayers, Yemeni President Abd-Rabbu Mansour Hadi put on a woman’s niqab and slipped out the back door of his official residence, where a car was waiting for him. For a month, Houthi rebels, who had taken Sanaa in late 2014, had been holding him under house arrest. By the time the guards noticed that he was gone, Hadi had reached the relative safety of the southern port of Aden. A month later, as Houthi forces advanced south, he fled again, this time to Riyadh, where he called on Saudi Arabia to intervene in Yemen’s civil war. (Read more)

As a former minister of both state security and defence, and ex-head of the Joint Operations Command, Mnangagwa has significant influence over the security forces. CNN says the 75-year-old is believed to have been behind the military coup that saw Mugabe toppled as head of the Zanu-PF party.

Although Mnangagwa took office promising to serve “all citizens regardless of colour, creed, religion, tribe, totem or political affiliation”, some worry that his past – and his decades as Mugabe’s right-hand man – may indicate Zimbabwe is now under the rule of an even more brutal leader. (Read more)

No End in Sight to the Brexit Madness

The slow-motion self-immolation that is Brexit continues for the U.K. Speaking in Brussels on Monday, Michel Barnier, the senior European Union official in charge of negotiating the terms of Britain’s departure, confirmed that British banks were set to lose their so-called E.U. passport, which currently enables them to offer services throughout the twenty-eight nations in the bloc. “On financial services, U.K. voices suggest that Brexit does not mean Brexit,” Barnier said. “Brexit means Brexit, everywhere.”

As if to reinforce the point, a meeting of E.U. ministers on Monday confirmed that two big E.U. agencies that are currently headquartered in London, the European Banking Authority and the European Medicines Agency, would be moving to Paris and Amsterdam, respectively. “The twenty-seven will continue to deepen the work of those agencies, together,” Barnier said. “They will share the costs for running those agencies. Our businesses will benefit from their expertise. All of their work is firmly based on the E.U. treaties which the U.K. decided to leave.” (Read more)